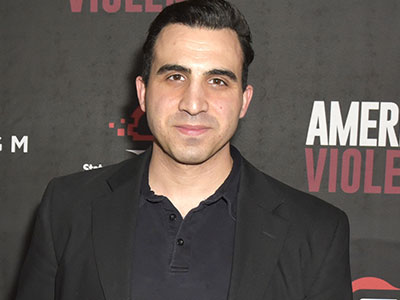 "I was disappointed at being passed over simply because I was a shorter guy," Rich Rotella says of being rejected at auditions

Rich Rotella has had a difficult time landing leading roles in Hollywood.

At 5'5", he says casting directors have told him he would make a great character actor, but he's too short to be a star.

So, Rotella, 37, cast himself as the lead in a documentary about cosmetic limb lengthening — and he's the patient.

"I'm just so sick of people telling me, 'You're too short to play the lead,' " he tells PEOPLE.

On April 19, he underwent a painful procedure in which both of his femurs were broken, the first step in a process that will make him 3.25 inches taller. He hopes to be 5'8" by the end of July.

"It's something that I've always wanted deep down in my heart," he says. "I think anyone who is 5'8" or taller might have a hard time understanding why someone would voluntarily break their legs to become taller."

Rotella has been acting since he was 7 years old. Growing up in Maryland, he was in middle school when he noticed he was the shortest kid in his grade. "Everyone seemed to be growing but me," he says.

As he continued his acting career — projects have included everything from Days of Our Lives to a Tide commercial with Betty White — he felt like he was constantly being rejected for roles because of his height. He compiled a list of successful short actors like Elijah Wood, Al Pacino, Joe Pesci, Dustin Hoffman and Tom Cruise to keep in his wallet, sometimes pulling it out at auditions. 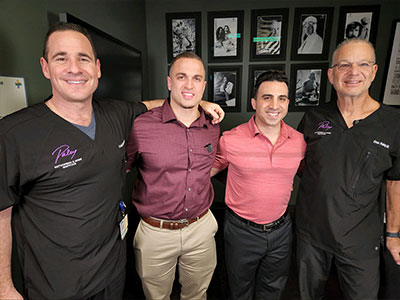 "I was disappointed at being passed over simply because I was a shorter guy," he says. "It was driving me crazy."

Rotella says his height was more than just a career impediment. "On a personal level, I was tired of putting little lifts in my shoes," he recalls. "I was always the shortest person in the picture. It was an annoying thing I really wanted to correct."

In October 2020, he started to research a more permanent solution and came across the YouTube channel Cyborg4life. The creator, Victor Egonu, had limb lengthening surgery at age 23 to correct a two-inch height imbalance after broken bones. Egonu's website is a content hub to spread awareness about the procedure.

"He was interviewing the top surgeons all across the world," Rotella recalls. "He was just so clear, so well-spoken, so calm."

Rotella sent a message to Egonu on Instagram, and the two met on Zoom. Then, Rotella pitched a proposal:

"I said, 'I want to make a documentary about limb lengthening. I'll be the patient, you can be the host,' " Rotella says. "It was a wild idea."

Rotella started to learn everything he could about surgical limb lengthening, which was pioneered in the 1950s by Russian orthopedic surgeon Dr. Gavril Ilizarov. It was brought to the United States in 1987 by Dr. Dror Paley, who trained with Ilizarov.

"The technology has advanced a lot," says Paley, who has performed about 25,000 limb lengthening surgeries throughout his career. He performs at least 100 of the procedures each year at the Paley Orthopedic & Spine Institute in West Palm Beach, Fla.

Over the years, Paley has developed an improved technique, in which the lengthening devices are attached inside the bone. "These [rod] devices have mechanisms that can lengthen, which we operate remotely from outside the body," he says, adding that the process gradually grows new bone and soft tissue, which regenerate as they are slowly pulled apart.

There is actually a magnet inside the device that expands the rod, Rotella explains. "Your bone is growing back towards itself from each side," he says. "It's trying to heal, but you're delaying the healing by actually stretching out the bone. You're growing tendons, you're growing muscle, you're growing soft tissue."

Initially, Paley only performed surgical limb lengthening on people to correct medical issues, such as being born with one leg shorter than the other. Later, he started helping people with achondroplasia dwarfism. He also performs it as an alternative to amputation. 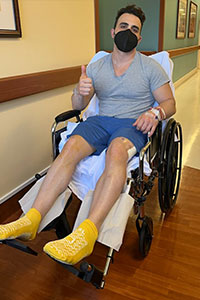 "When I started doing this, I wasn't always doing a hundred cases a year. I did it very cautiously in the first few years, doing maybe only a handful of cases," Paley says. "Using it for stature was not just unknown, but it would've been really frowned upon, open to serious professional criticism."

Today, Paley says he has performed "at least 1,000, if not more," cosmetic limb lengthening procedures for patients like Rotella who simply want to be taller. What changed, Paley says, is the current technique, which allows the procedure to be done "safer and more reliably."

Paley spent 22 years studying his patients and requiring psychological evaluations before and after surgery, learning that it improves patients' body image drastically.

"You can do years of therapy and [negative body image] never goes away. And then you do the surgery, even if you only lengthened an inch, it goes away. It's like it turns off a switch," Paley says. "Plastic surgeons have known for years what we just discovered — that most of the things they treat are body image issues."

"Honestly, it's no different than the woman who goes to a plastic surgeon and says, 'My breasts are small, I want them bigger.' "

Paley emphasizes, however, that not every short person wants to be taller. "I know CEOs of companies who are 5'4", and they walk with their head high, proud. They walk around as if they're six feet tall," Paley says. "And I know people who are 5'10" and they look like they're 5'4" because of how they carry themselves. And I don't know why that happens — since not every 5'4" person wants to be lengthened."

The surgical devices Paley developed cost about $15,000 each. Rich needed two, one for each leg. All the hospital fees, including physical therapy, came to an out-of-pocket expense of $100,000. (Insurance covers limb lengthening for medical reasons, but not cosmetic.)

"Some people are getting Brazilian butt lifts," Rotella says. "I just want to be taller."

Rotella didn't tell his parents and siblings before he did it.

The day after his surgery, Rotella sent an email to his family. 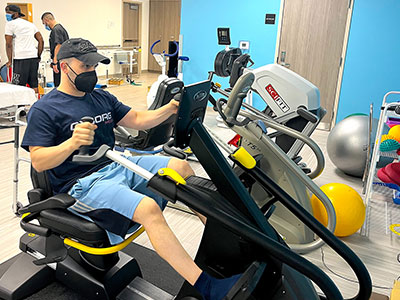 Rotella remains in Florida doing rehab, where he works with a physical therapist every day, five days a week, for one hour. He does his physical therapy exercises four times a day. After each workout, he lengthens the screw one turn, which is .25 millimeters.

"He's been recovering great," Paley says. "He has such a great attitude."

Each day his legs grow one millimeter, and his goal is to reach 5'8" by the end of the summer.

"The hardest part, I would say, is the pain. It's unbelievably painful," Rotella says. "The pain is brutal. It feels like two sharks biting my thighs."

He spoke to PEOPLE on May 18, reclining in a wheelchair because he can't put his body weight on his legs. His girlfriend, 32-year-old Kessya De Amorim, who works in sales, has been taking care of him. The first two weeks, Rotella says, he couldn't sleep from the pain and was sweating through his t-shirts.

Rotella is hoping to fly home to L.A. by early August and be walking without a walker by October.

"I think it will change my career. I think it's going to give me more opportunities," he says. "It's a ruthless business."

Though he doesn't recommend others rush to have this surgery.

"I would tell anyone considering doing this surgery to really research it. This is not like, 'Oh, I want to get a tattoo,' " he says. "If you want to do this, you need to really, really, really want it."

"If this is not done correctly, this can cripple someone," Paley cautions.

Paley says his center rarely sees complications, "but that's because we do this all the time and we spend most of our time preventing complications." For example, he won't accept a patient who can't stay local after the surgery for physical therapy and follow-up visits.

Rotella is hoping to sell his documentary to a streaming service next year.

And he hopes it will be worth it when he starts auditioning again in the future.

"I just want to be average height so that when I walk into a room, casting looks at me and they go, 'Okay, let's see what you got.' "