Skip to main content and our Accessibility Statement may be found in the footer of our website.
Back To Orthopedic Stories

From joint pain to surgical orthopedic correction, our team of specialists work together to develop a treatment plan that addresses any concerns patients may have. Read some our orthopedic stories to get a patient's perspective of our approach.

Back to feeling healthy

Man travels from St. Thomas for back pain relief 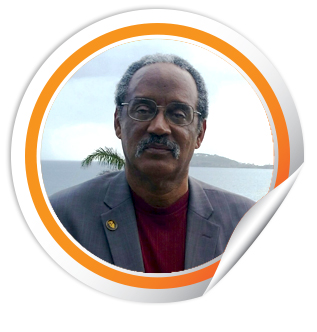 Over 40 years ago, Jesse Bethel decided to uproot his life in California and move to St. Thomas, part of the U.S. Virgin Islands.

“I wanted to be closer to my family in the Bahamas,” he says. “And it was one of the only places in the Caribbean where I could use my U.S. law degree.”

Shortly before meeting his now wife of 20 years, Jesse was diagnosed with a collapsed disc due to arthritis, and ever since, has had ongoing back problems. Many years later, after two surgeries failed to relieve his pain, he met Dr. Alexander Lenard, section chief of orthopedic spine surgery at St. Mary’s Medical Center in West Palm Beach, Florida. Jesse had been experiencing lower back pain, and after multiple consultations, Dr. Lenard decided that surgery was necessary.

“He performed the procedure about four years ago,” Jesse recalls. “It was successful and stopped the pain in my lower back.”

It wasn’t until earlier this year, in a completely unrelated incident, that he began feeling excruciating pain on the right side of his body. He needed to undergo another surgery to fix the issue.

Jesse contacted Tenet Healthcare’s International Patient Concierge Team who immediately helped arrange his transportation to St. Mary’s Medical Center, where he would have the procedure.

“They were very accommodating,” Jesse says. “They assisted with cost estimates, helped set up my appointments and provided me with all of the information I needed to make my trip seamless and enjoyable.”

Once he arrived at St. Mary’s Medical Center, Dr. Lenard performed surgery on Jesse for the second time to alleviate the pain in his right side. Afterwards, he spent about five days in the hospital before he was able to return home to St. Thomas.

“I’m still recovering and going through physical therapy, but so far, I haven’t experienced any of the pain that I had before,” he says.

Jesse is extremely appreciative that he ended up in the capable hands of the orthopedic experts at St. Mary’s and for everyone else who played a role in his recovery process. He is also grateful for the personal attention he received from not only the hospital staff, but from the patient care coordinators at Tenet International who were there for him throughout his entire journey. Due to their assistance and the advanced, comprehensive care of the orthopedics program, he is now able to live a normal life.

“My family and I couldn’t be happier that the pain I lived with for so long is finally in my past,” Jesse says. “I know that if another problem arises, I can count on the Tenet International team to guide me in the right direction.”